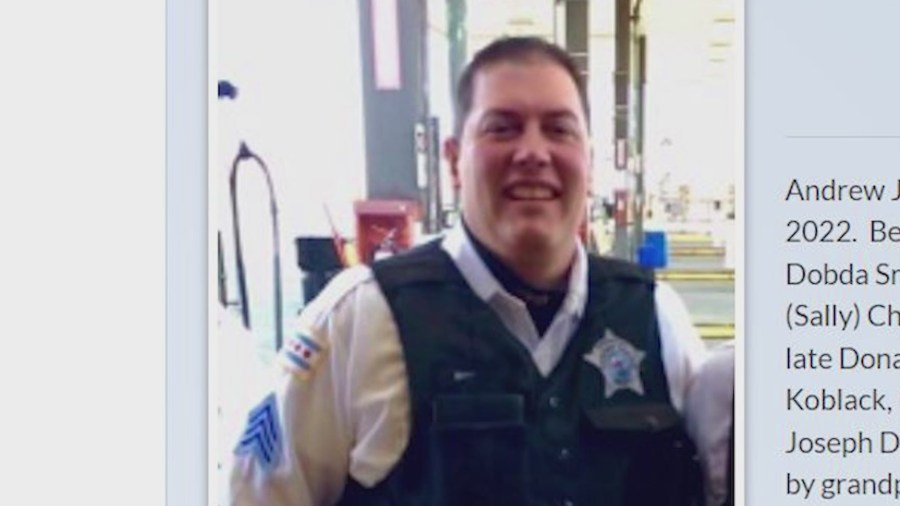 CHICAGO — A CPD sergeant who took his life earlier this week is being laid to rest this weekend.

On Friday, a steady flow of mourners came in and out of Elmwood Chapel for the visitation of officer Andrew Dobda, 47.

Those who knew the officer said he was a great man who will be deeply missed.

According to his obituary, Dobda is survived by his wife, Carla and a number of relatives and friends.

In addition to serving as a sergeant, Dodba was a board member for CPD’s sergeant’s union.

When he wasn’t working, he enjoyed fishing and hunting.

Some said recent suicides within the department indicate a crisis among officers due to lack of off days.

“I think what the world lacks and even with the police, they need to get together and pray,” mourner Victor Ramos said. “We need to pray more.”

On Wednesday, a group of Chicago aldermen introduced an ordinance that would offer more time off for officers. The proposal would require officers to have at least one off day per week and would give them more advanced notice of their schedules.


‘Where was her break?’ Ordinance introduced to give CPD officers more time off

Officers would also be able to decline working on off days and double time would be offered for more than two hours added to a shift.

Mayor Lightfoot said she does not support the proposal, saying she feels it is not appropriate for City Council to set personnel decisions for the Chicago Police Department.

“What I don’t want to do is for the sake of pandering to a crowd,” Lightfoot said. “Do something that frankly undermines the flexibility, every department needs to have to address emerging HR issues.”