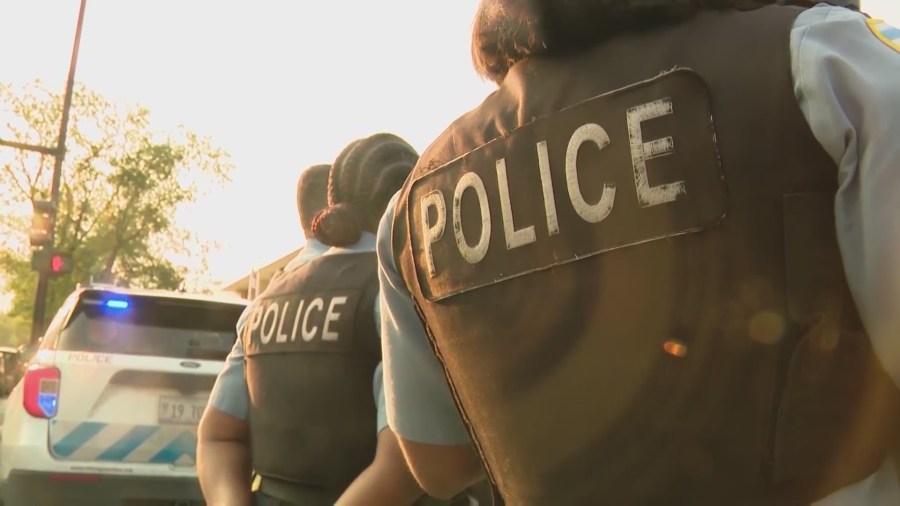 CHICAGO — It has become an all too familiar scene, an honor procession for a fallen Chicago police officer.

Patricia Swank died by suicide in July after working 22 days in a row, leaving behind a 5-year-old son among other family members. The late officer’s passing is part of a growing number of similar deaths within the Chicago Police Department.

“The mayor’s office recognizes the urgent need,” said Elena Gottreich, Chicago’s Deputy Mayor for Public Safety. Gottreich was part of a City Council committee hearing Thursday, called to address the mental health of first responders after a spike in suicides earlier this spring and summer.

Dr. Robert Sobo, director of CPD’s Employee Assistance Program, said as part of the ongoing effort to encourage better mental health on and away from the job, peace rooms in each police district are being put in place. The room provides officers a space to go unwind during the day or before venturing home.

Each of the city’s 22 police districts will have its own licensed therapist. Sobo explained the potential impact on officers.

“As a partner and part of the specific culture of that district so that I’m not just ‘Rob,’ someone out there you can call. I’m a familiar, trusted individual that you see frequently,” he said.

Ald. Carlos Ramirez-Rosa (35th Ward) believes CPD can do a better job dispelling inaccuracies about the EAP  program, such as the number of counseling sessions being limited and officers expressing mental health concerns could have their FOID card revoked and fired.

“I heard it so often that I actually believed it was CPD policy,” the alderman said.

But Gottreich says that was never the case.

The cancellation of off days and vacation time is something Ald. Ray Lopez (15th Ward) believes to be a lingering issue for the city’s police department.

“Do you think that has an impact on their mental health,” Lopez asked.

CPD’s Tine Skahill, in charge of constitutional policing and reform, could not offer a definite answer.

“It is a very complex issue, so I think focusing on one factor probably makes it too simplistic,” Skahill said. “What affects one person may not another.”

In May, City Council unanimously approved an ordinance that gives work-related benefits to officers and firefighters who die by suicide as a line of duty death. It provides their families a one-year salary and funding for health care, schooling and other expenses.

If you or someone you know is struggling with mental health, resources are available 24/7 on the National Suicide Prevention Lifeline website or by calling 988.