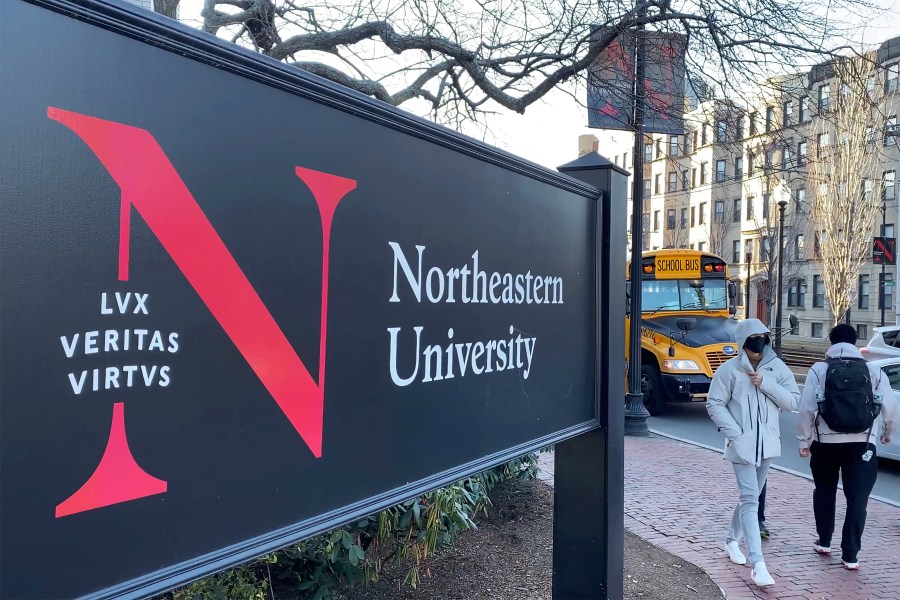 BOSTON (AP) — A police bomb squad sealed off part of the campus of Northeastern University in Boston late Tuesday to examine a pair of suspicious packages, and there were unconfirmed reports of an explosion and minor injuries to at least one person.

Boston police said they were investigating two packages that had been left near the university’s Holmes Hall, which is home to Northeastern’s creative writing program. They declined to elaborate, but WCVB-TV said an individual was taken to a hospital and that firefighters and paramedics were at the scene.

Police responded shortly before 8 p.m., and the university asked students who had gathered for an evening journalism class at the hall to evacuate the building.

Northeastern is a private university in downtown Boston. WCVB said one of its reporters, Mike Beaudet, was teaching a class there at the time. Beaudet told the station his class was moved outside but that neither he nor his students heard an explosion.