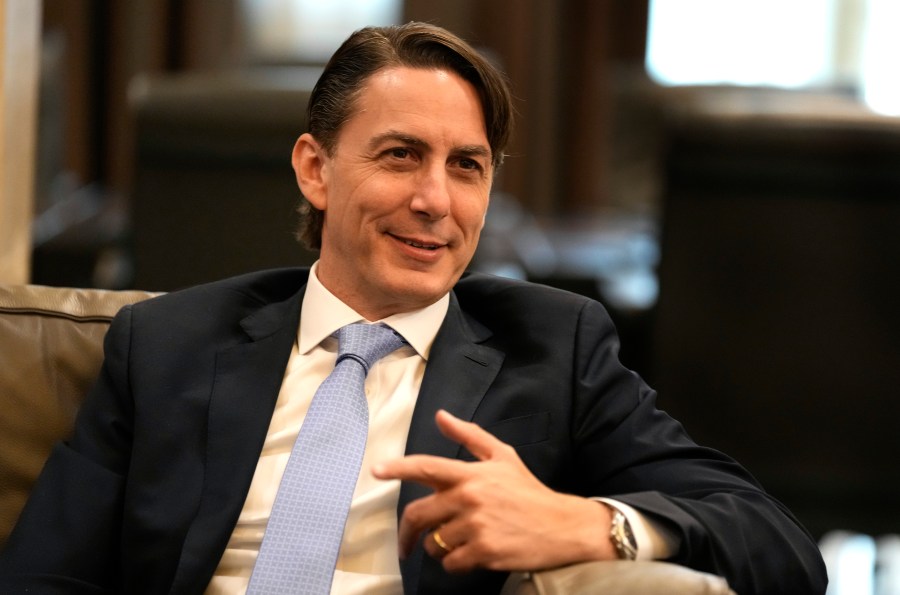 WASHINGTON (AP) — Amos Hochstein, President Joe Biden’s point man for global energy problems, says he knows that transitioning away from the climate-wrecking pollution of fossil fuels is the only way to go. He advocates urgently for renewable energy, for energy-smart thermostats and heat pumps.

But when it comes to tackling the pressing energy challenges presented by Russia’s war on Ukraine, Hochstein also can sound like nothing as much as the West’s oilfield roustabout, taking a giant pipe wrench to the world’s near-crisis-level energy shortfalls.

Appearing before a Senate Foreign Relations subcommittee this month on U.S. help in Europe’s Russian-fueled energy problems, Hochstein spoke enthusiastically of prospects for a new floating natural gas terminal in Albania, new gas connections elsewhere in the Balkans, bumping up the flow of gas from Central Asia and getting gas out of Spain to the rest of Europe.

“We have to face the reality that today Europe’s system is dependent on gas,” Hochstein told the AP after the hearing. It was a relatively rare public account from an envoy whose work normally is behind the scenes. “And I need to make sure that people in the winter have heating, and they have electricity.”

Increasingly, however, some climate advocates are expressing concern at what they see as an emphasis from the Biden administration on new, U.S.-heavy natural gas and infrastructure projects as part of an all-out effort by Europe and the U.S. to wrest Europe away from its reliance on Russian oil and gas.

Criticism increased Tuesday, after Biden and other leaders in the Group of Seven softened their 2021 climate pledges to move away from public financing of new fossil fuel infrastructure, citing Russia’s war.

“Public support for gas infrastructure is not the climate presidency Joe Biden promised,” Kate DeAngelis, international finance program manager of Friends of the Earth, said in a statement in response.

But as U.S. companies have nearly tripled America’s exports of liquified natural gas to Europe in the months since Russia invaded Ukraine, Hochstein cites his immediate challenge: getting Europeans through the end of the year without freezing in their homes.

The European Union received roughly 40% of its natural gas from Russia before the war. Western-led sanctions and Russian cutoffs, as well as Europe’s major switch to non-Russian suppliers, are depriving Europe of Russian natural gas.

Democratic and Republican lawmakers alike welcomed Hochstein’s efforts to decouple Europe from Russian pipelines, and asked for more. Climate change and clean energy are “important challenges,” Democratic Sen. Jeanne Shaheen of New Hampshire, chair of the Europe and Regional Security Cooperation panel where Hochstein appeared, told the AP. “But I think our No. 1 priority here needs to be to defeat Putin and help Ukraine.”

The Biden administration has struggled to ease two problems simultaneously: a global energy crunch and a rapidly heating Earth.

The shortfalls in oil and gas supplies are creating problems for European and Asian allies that if left unaddressed could threaten the united economic front against Russian President Vladimir Putin. At home, the energy shortfall is contributing to high gasoline prices, inflation and discontent that threatens Democrats in November’s midterm elections and Biden’s reelection down the road.

But at the same time, scientists, climate advocates and the Biden administration itself say global governments are counting down the time in the last few years left to stave off the more devastating scenarios of climate change.

The rate at which the world now burns through oil, natural gas and coal gives humans a 50-50 chance of blasting through the hoped-for maximum average temperatures targeted in the Paris climate accord within five years, the World Meteorological Organization said last month.

Some climate advocates fear the current energy shortfalls have Biden and other world leaders reverting to an oil and gas drill-and-build outlook they’d sworn off in the name of climate change, despite Biden’s climate efforts elsewhere.

Many were dismayed by the joint declaration this week from Biden and other leaders in the G-7 club of wealthy democracies that it was once again OK for governments to invest in gas infrastructure as a “temporary response.”

A dangerous move, and an unnecessary one, climate advocates said of the G-7’s climate step back.

“New funding for fossil fuel exploration and production infrastructure is delusional,” U.N. Secretary-General Antonio Guterres tweeted after the G-7 statement. “Fossil fuels are not the answer. Renewable energy is.”

Climate advocates are wary of what they see as Hochstein’s support of some infrastructure projects in Europe for liquified natural gas.

Friends of the Earth points to his oil and gas industry ties. Those include his serving as a senior vice president for Houston-based LNG exporter Tellurian and as an advisory board member for Ukraine’s state-owned Naftogaz, before resigning in 2020 to protest corruption he outlined in a newspaper column. In Hochstein’s government position, Biden has entrusted him with top policy missions, including working with oil giant Saudi Arabia at a time of frosty relations.

Hochstein described the U.S.-backed LNG buildout in Europe as essential to blocking Russia from wielding power over Europe’s energy and economy.

“Unfortunately, we don’t have the clean infrastructure to replace natural gas in the short- or medium-term,” Hochstein told the AP. “So that is a tough and difficult balance to have. But that is what we’re committed to.

“And I agree with all those who say this only strengthens the absolute need to accelerate the energy transition” from oil and gas, he added.

Energy experts with environmental groups say there are cleaner ways to break from Russian gas.

Moving faster to curb gas flaring and venting by the energy industry, and plug natural gas leaks — both things the Biden administration already has pledged to work on — could get fast results without damaging the climate further, said Mark Brownstein, a senior vice president for energy at the Environmental Defense Fund.

Natural gas is mostly methane. Methane from agriculture and fossil fuels alone drives about a quarter of all climate damage.

David Kieve, president of the Environmental Defense Fund’s advocacy arm, said the days have “come and gone” from when natural gas could be considered a “bridge fuel.” He was director of public engagement at the White House’s Council on Environmental Quality in Biden’s first year.

“I think there’s an understanding that we need to go even much much faster.”