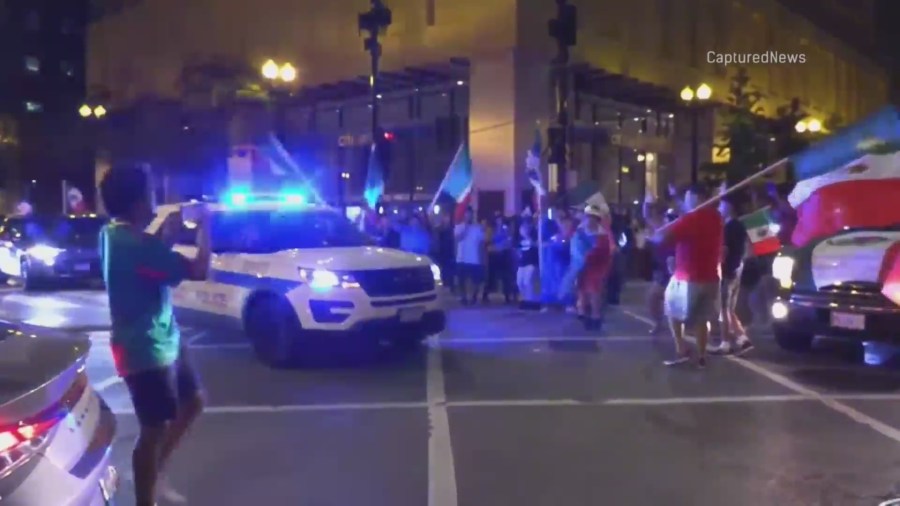 CHICAGO — For the second night in a row, thousands swelled downtown Chicago for Mexican Independence Day celebrations, prompting a response from city leadership.

Mayor Lori Lightfoot and Chicago Police Department Superintendent David Brown held a press conference at the Harrison Park Field House where the main talking points were based around encouraging people to continue celebrating Mexican Independence Day, but to do so with common sense.

“Last night, no doubt. Cultural pride was certainly on display and we saw many people celebrating safely around our city,” Lightfoot said Saturday. “But unfortunately, what was also on display last night I think diminished the celebration of this important anniversary.”

Brown mentioned that a police officer was taken to the hospital after being hit in the face with a frozen water bottle and that adjustments will be made, like increased towing and using a device to deflate tires if drivers don’t cooperate with police.

CPD officials also said they don’t plan on completely blocking off access to downtown Saturday night, but do have a plan in place with Illinois State Police to do so if necessary.

Donor beware: Pause before you give to any cause