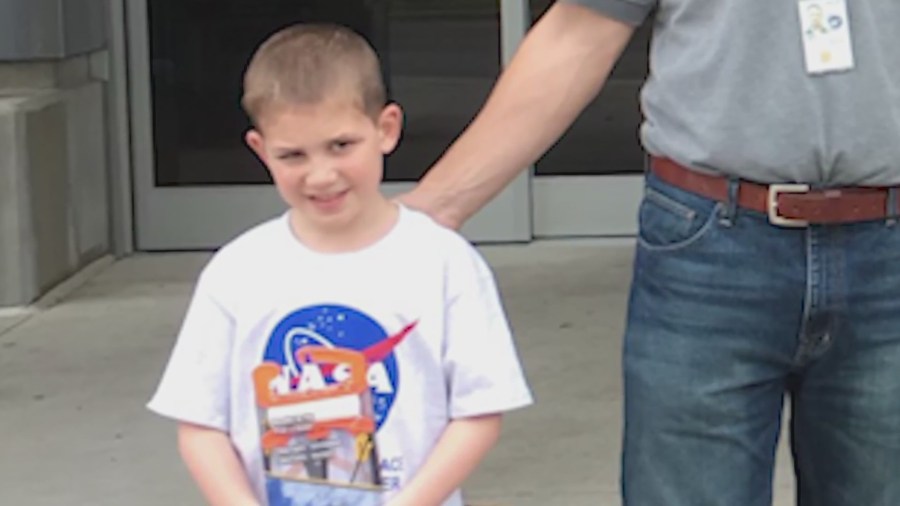 CHICAGO — After being scrubbed two times, NASA now says Saturday’s window for Artemis-1’s launch looks picture-perfect. A Chicago family, who lost their cosmo-loving son to a rare brain cancer, was invited to be there.

NASA first called off its Artemis-1 rocket launch on Monday following engine trouble. The project is a quest to put astronauts back on the moon for the first time since the Apollo program ended 50 years ago.

Anthony Gaskin, a space enthusiast who dreamed of one day becoming an astronomer for NASA, passed away from a rare pediatric brain cancer in 2017 at 7 years old. A year before, Gaskin and his family were invited to NASA. Gaskin and his two brothers were able to sign the rocket that will be launched Saturday.

Just a few weeks ago, the space agency reached out to the Gaskins to let them know that the signatures were still on the rocket.

They had hoped to be watching the second-scheduled launch Friday from their home in Chicago, which would have been Anthony’s 13th birthday, but will now be there in-person Saturday. A Good Samaritan offered their residence in Cap Canaveral for the family to watch the launch close-up and personal.

“It’s really remarkable too because I feel Anthony continues to have an impact, mother Katie Gaskin said. “I couldn’t be more proud of him.”

Hundreds of thousands of spectators are expected to watch the launch.

A night at the circus with the WGN softball team