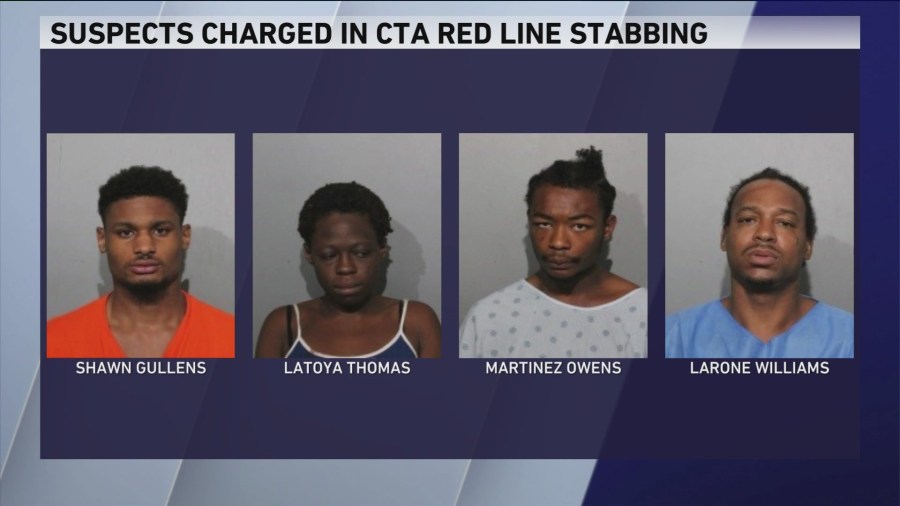 CHICAGO — Five people have been charged in an armed robbery on the CTA Red Line.

Police said the five people attacked a 42-year-old man with knives and broken glass as he changed trains at North Ave and North Clybourn Friday morning. The man pulled out a knife and fought back and injured some of the men.

Six people were taken into custody on Friday. On Sunday, police announced five people were charged.

They are due in court later Sunday.

The 42-year-old was stabbed several times and was transported to Northwestern Hospital in serious condition.