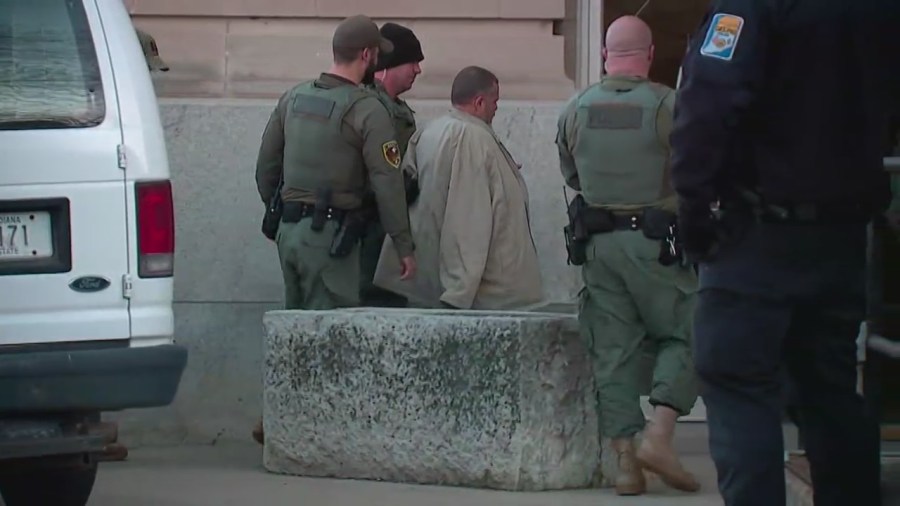 In the court documents released Tuesday, the state lays out some of the evidence that led police to arrest Richard Allen in connection with the 2017 murders that have captivated people for the last five years.

Abby Williams and Libby German were found dead on Feb. 14, 2017, a day after they were reported missing after going for a hike. Evidence previously released to the public has included a pair of sketches, a grainy photo of the killer and a recording of a man saying, “Down the hill.”

The court document states Richard Allen was among those interviewed by police in the early stages of the investigation. At the time, Allen said he was on the trail between 1:30 p.m. and 3:30 p.m.


Who is Richard Allen? What we know about Delphi suspect

He was on the Freedom Bridge, he said he saw three females but didn’t remember what they looked like or speak with them. The document said he walked from the Freedom Bridge to the High Bridge while on his phone.

Police interviewed three juveniles who said they were on the trail on February 13, 2017. They were walking on the trail toward Freedom Bridge to go home when the document said they encountered a man who they described as “kind of creepy.” He was wearing blue jeans and a light blue jacket.

While one of the juveniles said they said “Hi” to the man, the document said he just glared at them.

This timeline puts Allen in the area where the girls went missing. The document said a video from one of the victim’s phone shows that at 2:13 p.m., Abby and Libby encountered a man on the High Bridge.

The document also says police found a .40 caliber unspent round between the girls. The round had extraction marks on it.

In an October 2022 search, the document said investigators found a .40 caliber pistol at Allen’s Delphi home. Allen and his wife said he never let anyone else use that weapon.

A laboratory performed an analysis and determined that the unspent round had been cycled through Allen’s weapon.

Police interviewed Allen again in October 2022. The document said Allen told investigators that he was on the trails on February 13, 2017. He said he went onto the Monon High Bridge to watch the fish. He claimed that he saw no one except for three girls on the east of the Freedom Bridge.

When investigators asked about the unspent round, the document said he had no answers about how it was found between the girls.

Investigators believe Richard Allen was the man seen by the witnesses and the man seen in the bridge video. The document said they believe he was not seen on the trail after 2:13 p.m. because he was in the woods with Abby and Libby.

The court records were the subject of a hearing to determine if the records would remain sealed. Carroll County Prosecutor Nick McLeland, who pressed for the records to remain sealed, said there was “good reason to believe Allen is not the only one involved.”

Allen’s attorneys welcomed the unsealing of the documents, commenting that they believed in their client’s innocence.

Even though Black Friday and Cyber Monday are over, these deals are still worth shopping

Fun ways to engage with Santa this holiday season