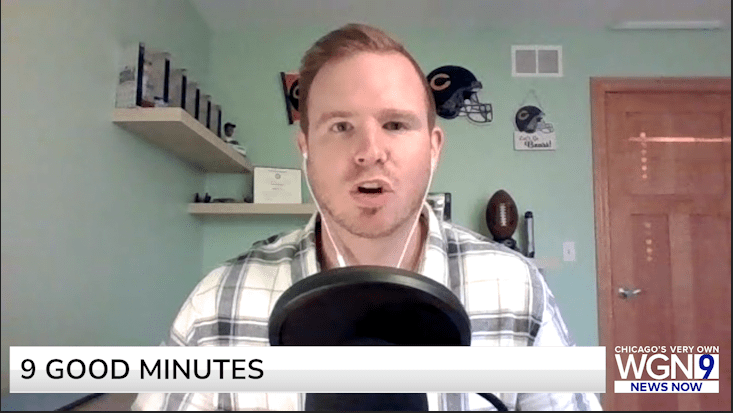 CHICAGO – There were a fair amount of people who thought that those who root for the Bears wouldn’t have the opportunity to celebrate a victory in the opening week of the 2022 season.

But a second half comeback and a clean effort despite the conditions helped the team pull off a surprise in their first game of a new campaign against the 49ers on Sunday at Soldier Field. It gave the team just their second Week 1 win in their last nine seasons and their first at home since 2013.

It certainly has the optimism among the Bears and their fans a little higher as they now face rival and reigning NFC North champion Packers on Sunday night at Lambeau Field.

Brendan Sugrue of Bears Wire and the Bear Down Chicago Podcast joined “9 Good Minutes” to give us his thoughts on what went right for the Bears during their soggy opening day win over San Francisco at Soldier Field.

During his talk, Brendan talked specifically about head coach Matt Eberflus and the impression he’s made during his short time with the team so far. Along with that, he gave credit to the offense, including coordinator Luke Getsy and quarterback Justin Fields, for their ability to get 19 unanswered points in the second half.

He also looked ahead to the Week 2 match-up with the Packers in Green Bay and what implications that might have on the team going forward.

You can watch his full interview with Larry Hawley on this edition of “9 Good Minutes” by clicking on the video above.