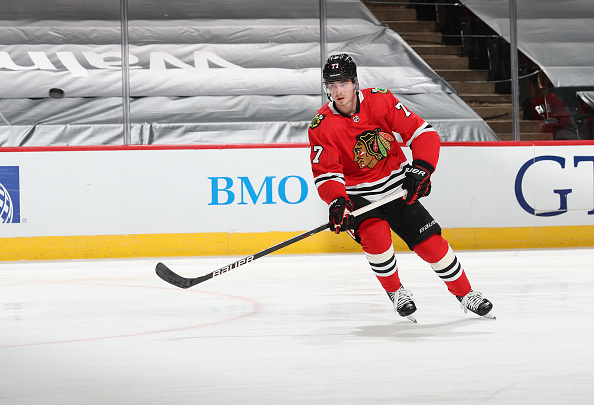 MONTREAL – Back in 2019, the Blackhawks selected him third overall in hopes that he could be a player that could keep the team’s success over the previous decade going.

Now as the team begins a full rebuild, Kirby Dach is headed elsewhere in another major move for general manager Kyle Davidson in a few hours on Thursday.

Just after the NHL Draft began in Montreal, the Blackhawks traded the center to the Canadiens in exchange for the 13th overall pick in the 2022 draft along with the 66th overall selection in a deal that also included the Islanders.

This is the second major deal for the Blackhawks on Thursday after they sent Alex DeBrincat to the Senators for the seventh and 39th picks in the 2022 NHL Draft and a third round selection in 2024.

Check back with WGNTV.com for more on this story.