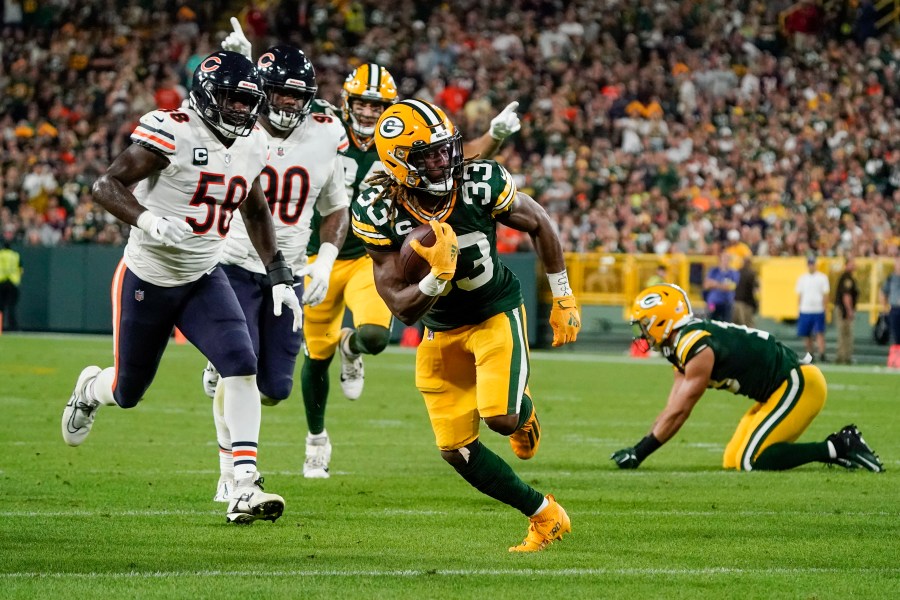 GREEN BAY – It was another Sunday night spoiled – and everyone should have seen it coming.

No, not because of the fact that just about every game against the Packers that’s been played in the 920 area code has gone against the Bears for the better part of the last 15 years.

Well, that’s part of the reason, of course, since Aaron Rodgers has tortured the franchise and the fanbase for over a decade and proceeded to do so again on Sunday evening in a 27-10 win over the Bears. He’s now 24-5 against the team including the NFC Championship in January of 2011 and why he made his ownership claim in 2021.

It’s produced more frustration from a fanbase that’s had it’s fair share, and that’s been said a fair share of times recently. Some are wondering already if Luke Getsy’s offense isn’t right or if Justin Fields isn’t the right quarterback along with other big projections for this group.

But at this time in the franchise, it’s important in some ways not to let emotion get in the way of reality.

A win over the 49ers in Week 1 doesn’t change the fact that the Bears are, in essence, a rebuilding team. No matter how the Packers played in Week 1, they were going to rebound, and they showed what they’ve been building for a while behind Rodgers.

That’s nothing at all what it’s like for the Bears.

It’s a new group with new players, many of whom are trying to prove themselves in a new scheme under new coaches in completely new roles. The offensive line is new, the receiving corps is completely new, Justin Fields is developing, and it’s all under a new scheme from Luke Getsy.

The defense has a lot of new parts, too, including two rookies in the secondary and a host of new starters around veterans Roquan Smith, Robert Quinn, and Eddie Jackson.

There’s going to be a feeling-out process for all involved, and Sunday was an example of that on offense, with just 11 pass attempts and a run-heavy plan featuring few throws from QB1. It looked great on the first drive, bad in the second quarter, better in the third, then a 4th-and-1 stop ended a comeback threat.

It maybe looked worse on defense where the Bears weren’t on their form when it came to tackling as the balance Packers’ attack had no trouble churning up yardage from start to finish.

Welcome to rebuilding a team, where things like this are going to happen and nights against experienced teams might go like this. It’s hard not to get angry if you’re a supporter of the Bears considering the inconsistency of the team for the better part of a generation, but it’s emotion that’s misspent at the moment.

It’s the NFL, so Ryan Poles and Matt Eberflus will be on the clock sooner than later for a turnaround, but that won’t be this year. With a healthy amount of salary cap room, expect time to start ticking about this time next year.

But for the moment, avoid the roller coaster, Bears fans, for reality is a rocky road at the moment.

Woman who collapsed downtown meets good Samaritan who helped save her