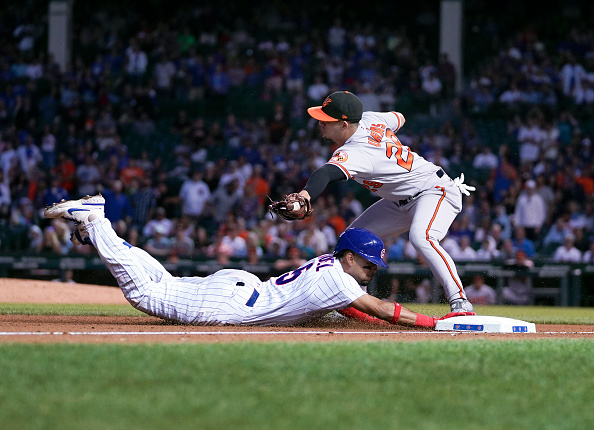 CHICAGO – There was a time they were on the same side, but now they’re headed in different directions with their clubs in 2022.

Brandon Hyde, who was a coach for the Cubs from 2014-2018, is leading an Orioles team that’s becoming one of the stories of Major League Baseball. Baltimore, which has lost over 100 games in three of the last four full 162-game season, is now on a ten-game winning streak and find themselves thinking about a Wild Card spot.

The most recent win in that streak came at Wrigley Field against David Ross’ Cubs, a 7-1 win at Wrigley Field that finished off a two-game sweep for the Orioles in Chicago. The Cubs’ manager was once on the same side as Hyde as a player in Chicago in 2015 and 2016, when the club won a World Series championship.


Kyle Hendricks will miss a little longer with his shoulder injury

Now he’s watched the Baltimore manager’s promising young team send his club to a fifth-straight loss, which is yet another for the team in a difficult first half of a rebuilding season.

The Cubs have now endured three losing streaks that have been at or over five games as their record drops to 34-54 on the season. A five-game losing streak occurred between May 3rd through the 8th and then a ten-game stretch of defeats came from June 4th through the 16th.

The Orioles got to starter Justin Steele with three runs in the first two innings, and while the pitcher didn’t allow another run over the next four innings, the damage was done.

Now a four-game series against the NL East-leading Mets at Wrigley Field as Ross’ Cubs continue on with their year trying to stop a new losing streak while Hyde’s Orioles hope to keep the good times going.