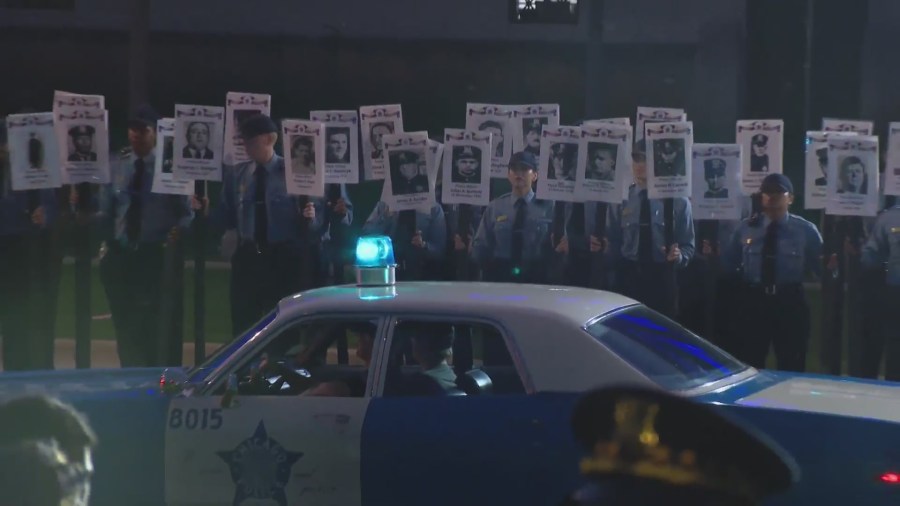 The 19th annual CPD Police Memorial Foundation vigil honored the 595 police officers who have lost their lives in Chicago since the city’s inception.

The sound of the Emerald Society Pipers filled the United Room at Soldier Field. Among the gatherers were loved ones of Eduardo Marmolejo, Thomas Eugene Wortham and Paul Bauer. Family members shared with WGN News what the annual remembrance means to Gold Star families.

“It’s a way to always remember and honor because not only did they sacrifice, we’re sacrificing day in and day out not having the father of my children, my husband,” said Maria Marmolejo.

“Tonight we are honoring police officers because they’ve fallen in the line of duty trying to protect everyone else and that’s a sacred loss,” said Sandra Wortham.

A name on the minds of many was that of Officer Ella French, who died just over a year ago. Her wounded partner, Carlos Yanez Jr., attended the ceremony.

The photos of the fallen were held high by police recruits as the nearly 600 names of fallen officers were read aloud as part of an ongoing effort never to forget that some gave their all for Chicago.

How parents can stay informed