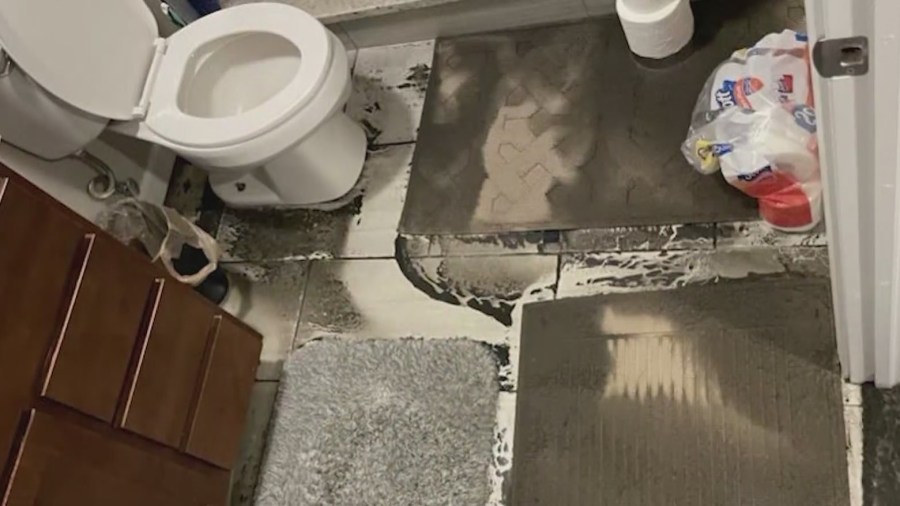 CHICAGO —The cleanup process is underway for hundreds of residents in the city’s Far Southwest Side after their basements became flooded after intense weekend storms slammed the area.

As initially reported by Block Club Chicago, one alderman is calling on the city to investigate the usually high number of incidents.

It was early Sunday morning, around 3-4:15 a.m., that heavy rain ripped through the neighborhood. Homeowners woke up to find several inches of sewer water backed up in their basements. Now they’re dealing with the aftermath.

WGN News cameras rolled as dozens of cleanup and restoration trucks were called to the area after Mount Greenwood, Morgan Park and the Beverly neighborhoods received nearly 3.5 inches of water.

“That’s significant (that) there’s not a sewer system anywhere that can sustain that amount of water in that short amount of time,” he said. “So when the water gets down in the sewers, it’s got to find a place to go, it’s got to release the pressure and that’s basements.”

The alderman is now pushing for an investigation from the city’s Department of Water Management and the Metropolitan Water Reclamation District. O’Shea told WGN News he wants an investigation to rule out system failure or faulty lines that may lead to additional flooding in the future.

MWRD issued a statement that read, in part, “The MWRD’s deep tunnel system was completely open and available and took on water during the storm. But due to the extreme intensity, the local sewers likely couldn’t deliver such large amounts of water that fell in a very short period of time.”

The Johnson family shared with WGN News photos taken after their flooded basement, stating that three inches of sewer water backed up into the home they moved into just a year and a half ago.

“Stepping in puddles and puddles of disgustingness in the carpet and everything,” Johnson said. “Yeah, it was not fun.”

Rice Meal For P10? Why The Popular P10 Pastil In Quiapo Hasn’t Changed Its Price For More Than 20 Years