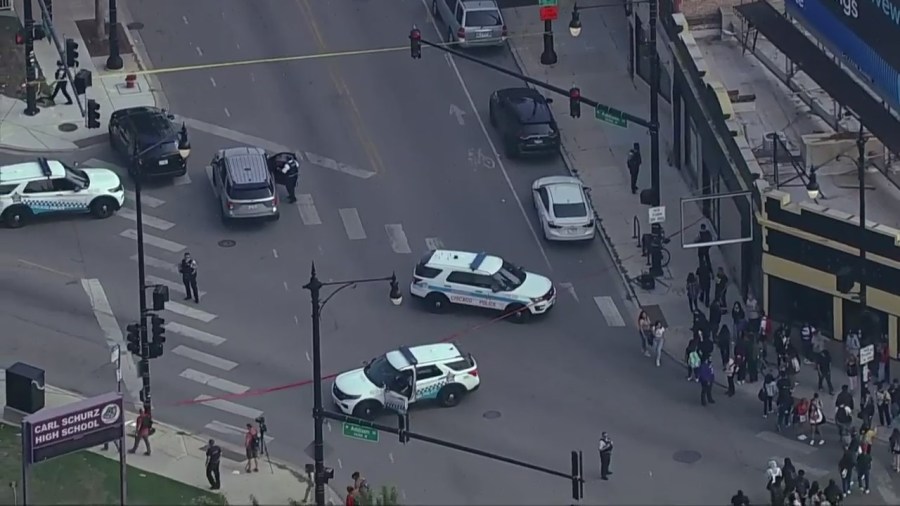 At around 2:45 p.m., officers responded to the area of Milwaukee and Addison on the report of multiple people shot.

An adult was also shot and transported in fair condition.

SkyCam9 was over the scene that showed crime tape in the intersection directly in front of the school’s sign.