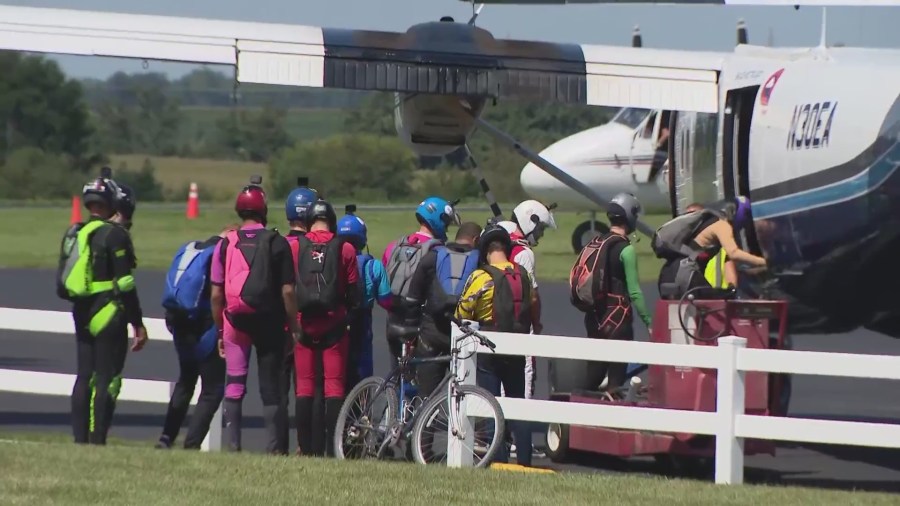 OTTAWA, Ill. — About 75 miles from Chicago, a world record attempt is underway— not on the ground, but in the air.

Two hundred skydivers are trying to set the World’s Largest Vertical Formation in Ottawa, Illinois at Skydive Chicago this week.

Skydive Chicago owner Rook Nelson is at the helm of the record.

“We’re trying to link up 200 people utilizing 10 planes going to 19,000 feet,” Nelson said. “Unlike regular skydives, our heads are pointing to the earth going 180 miles an hour.”

After each jump, Nelson and team captains review the aerial footage.

Among the elite athletes is Mickey Nuttall. At 53, he is the oldest member of the team.

Right next to him was 19-year-old Pedro Carneiro, the youngest athlete.

“It’s been amazing being here,” he said.  “(I would see) things about records when I was younger on YouTube (and thought) that’s where I want to be, being here with guys like Mickey, guys I’ve looked up to all my life.”


Previous Coverage: Champion skydiving: More than just jumping out of a plane

A diagram of the formation was presented to the international parachute governing body, the FAI. To get the record, skydivers have to recreate it.

WGN News was there Wednesday for the third attempt of the day. It was the twelfth since they began on Monday. No record yet. The last record was in 2015 with 164 skydivers. After seven years, no one is giving up.

“It’s so good to have our friends here, our international friends back,” Nelson said. “There’s still a lot of energy. Spirits are still high and I think we’re going to get it.”

The last record attempt was in 2018 and weather hampered their efforts. The group’s number one goal is to be safe. Number two is to get that record. They have until Friday.