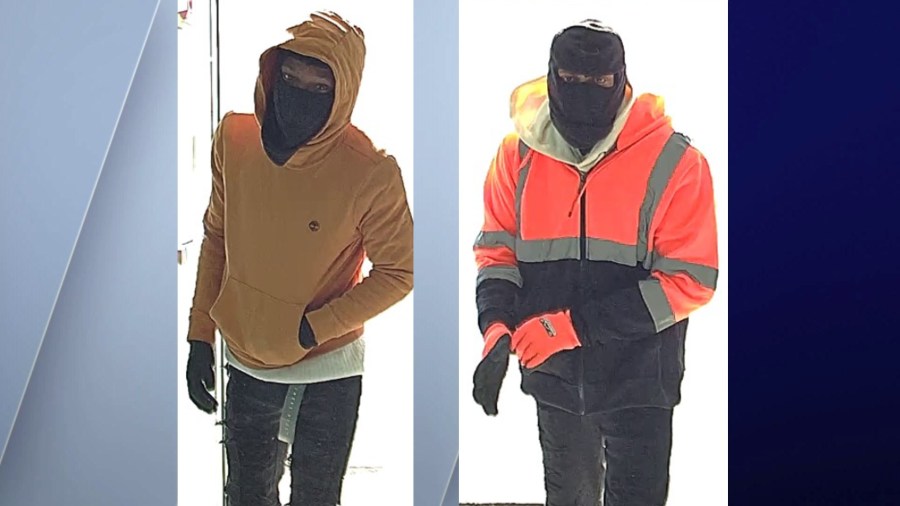 SKOKIE, Ill. — Two men are wanted after robbing a bank in Skokie late Saturday morning, according to the FBI.

Law enforcement said two suspects walked into the Bank of America found in the 3300 block of Touhy Avenue around 11:30 a.m. and demanded money after implying they had a gun, then brandishing the weapon.

One suspect (top left) is described as being a thin Black man standing about 5’6″-8″ in height, who was wearing a wheat-colored Timberland hoodie, dark pants, black gloves and a black facemask at the time of the robbery.

The second suspect (top right) is described as being a thin Black man standing about 6’2″-4″ in height, who was wearing an orange and black hoodie, orange and black gloves, dark pants and a black ski mask during the incident.

No injuries were reported and there is no further information at this time.

If you or someone you know has information that can lead to a breakthrough in this investigation, anonymous tips can be placed at (312) 421-6700 or at tips.fbi.gov.