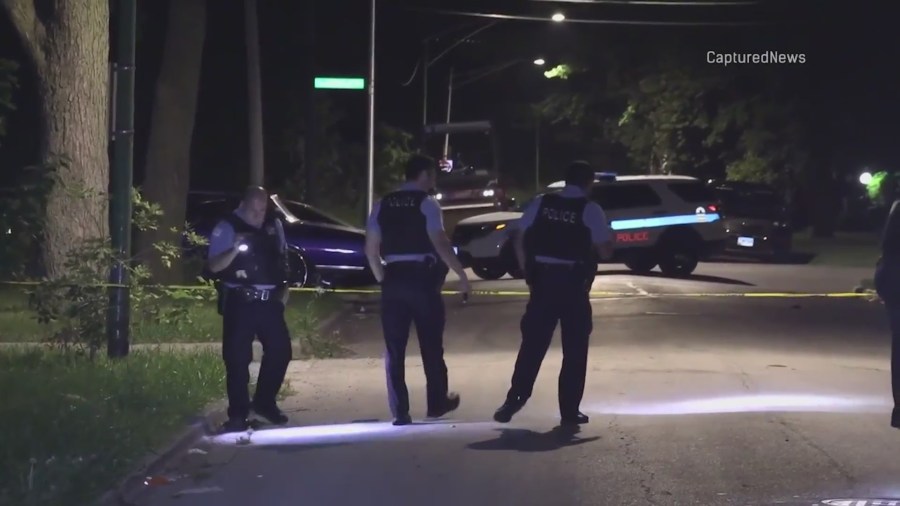 CHICAGO — Two boys are being treated for gunshot injuries after they were both shot in their own homes just minutes apart.

A 10 p.m. Wednesday, a 3-year-old was sleeping in his bed on the 700 block of 93rd Street when gunfire was heard outside.

A family member checked on the boy, and found him with a bullet wound to the left elbow. He was taken to Children’s Comer hospital in good condition.

About 20 minutes earlier, an 8-year-old on the 3600 block of South Rhodes Avenue suffered a graze wound to his left leg after residents say they heard multiple gunshots outside.

The boy did not require hospitalization.

There were multiple other juveniles who were victims to gun violence last night — a problem that the Rev. Donovan Price says no Chicagoan should be comfortable with hearing about, especially when it happens to the city’s youth.

“A seeming peaceful night, children in bed,” he said. “One child gets woken from his sleep because of a bullet. I don’t know what to say when the kids can’t sleep.”

Police are investigating and looking for leads on the gunmen.

Roger Federer says he is retiring from professional tennis