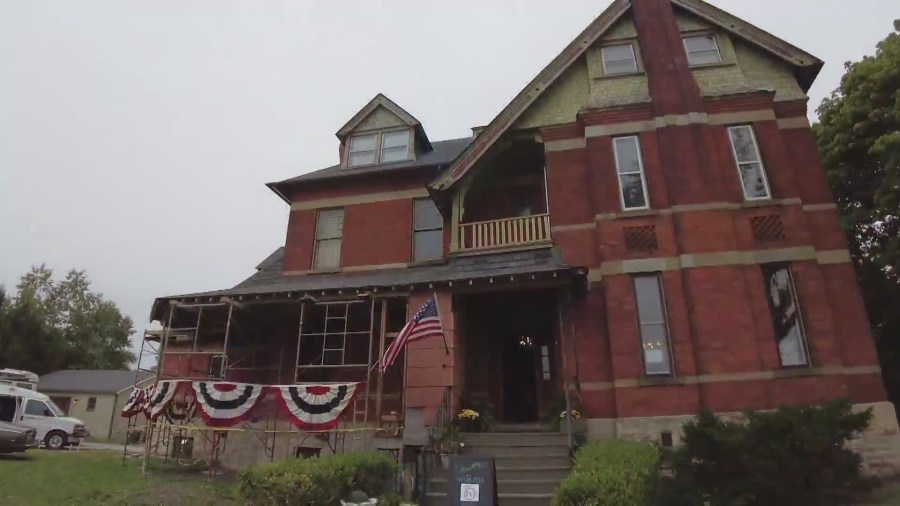 CHICAGO — The Pullman House at the corner of 111th Street and South Saint Lawrence has been in the Chicago community for over 140 years.

When the mansion reopens sometime next month, it will do so with the Pullman Club Coffee Shop opening up inside of it as well.

A mansion that once belonged to the Pullman Company’s long-time general manager H.H. Sessions, the building has seen plenty of turnover since its original owner was forced to sell it around the beginning of the 20th century.

Shymanski said those restaurants came and went too, as the mansion had been sitting empty for nearly two decades before restorations started back up again.

“It had been vacant for almost 20 years with no utilities in the house,” Shymanski said. “So [there was] a lot of, you know, peeling paint, mold, the plaster falling down.”

Today, the Pullman House Project is working to restore not only the home, but also several others that once made up a town of thousands.

A pop-up exhibit at the home’s entryway shows Pullman’s connection to America’s labor movement, and once the coffee shop opens up next month, donations from the shop will go to the ongoing restoration efforts.

Clouds persist with boost in temperatures, sunshine ahead