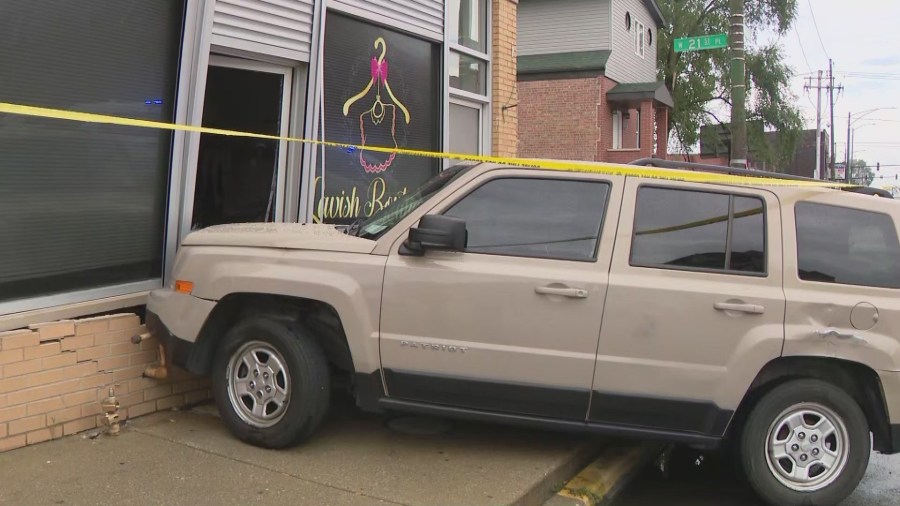 CHICAGO — One person was injured after a vehicle struck a building on Chicago’s Southwest Side.

The owner, who suffered minor cuts on her arm, said she was opening the door when the vehicle hit.

No one inside the store was injured. The front of the building was damaged, however.

Police did not release any details on the driver or what may have caused the crash.